Can a Gun Owner Get Justice in New Jersey?

Shaneen Allen faces three and a half years in prison because she made an honest mistake, followed by a mistake of honesty. Allen, a 27-year-old phlebotomist who lives in Philadelphia, drove to Atlantic City with a gun in her purse, erroneously thinking her Pennsylvania carry permit would be respected in New Jersey. Then she told a state trooper about the gun when he pulled her over for a traffic violation.

Last week a state judge refused to dismiss the resulting charges against Allen, a single mother of two with no criminal record, or to order that prosecutors approve her participation in a pretrial diversion program. Her trial, scheduled for October 6, will pit New Jersey’s draconian gun laws against compassion and common sense. 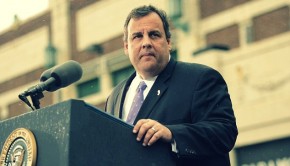