Beyond The #BringBackOurGirls Hashtag In Nigeria

The Nobel Prize-winning economist Milton Friedman once said that “the way you solve things is by making it politically profitable for the wrong people to do the right thing.” This statement aptly sums up what the #BringBackOurGirls campaign is trying to accomplish. When the girls are finally rescued, the Nigerian government is likely to wax lyrical about its commitment to national security, but this was the same government that chose silence when action was needed.

Most Nigerians have had little or no faith in the government, and it has done little to reverse that reality. The debacle surrounding its response, or lack thereof, to Boko Haram’s abduction of some 276 girls from Government Girls Secondary, in Chibok, Borno, in northeast Nigeria, once again emphasizes that unfortunate truth.

Let us be clear: the Nigerian government was never going to do anything about this heinous crime. The girls were abducted the same day that Nyanya Park was bombed in Abuja, Nigeria’s Federal Capital Territory on April 14. By the next day, the president, Dr. Goodluck Jonathan, had recovered quickly enough from the twin disasters to be photographed in Ibadan, capital of the southwestern state Oyo, attending birthday celebrations for the Olubadan of Ibadan, a top-tier traditional ruler in the state.

To emphasize the miracle of his recovery, President Jonathan, in his usual tactless response to critical issues of national security, was seen dancing at a campaign rally in Kano — about 200km from where the girls had been abducted. There was no statement on or any other reaction to the missing girls.

It was so sad to hear a parent of one of the girls recount the attack just after it happened. According to him, parents got phone calls from villagers who saw the Boko Haram convoy conveying the girls through their villages. The movement of the abductors was apparently being tracked, and Chibok residents called the Nigerian government’s security apparatus for help. But — shockingly — no help was in sight.

Soon came the report from the Nigerian military that the girls had been rescued. But this turned out to be a flat lie, and the military later recanted.

Everything that happened in the wake of the abductions indicated that the Nigerian government was not going to get itself embroiled in the ordeal of rescuing the girls. One must be thankful for the insistent cries of Nigerians on the social media and the international news media’s and celebrities’ embrace of #BringBackOurGirls.

This changed everything. The government soon appeared to wake from its usual slumber and to abandon its usual inside-the-box thinking. But did it really? President Jonathan set up a “fact-finding” committee.

Let that sink in: two weeks after the abductions, the president set up a committee!

Not to be outdone, First Lady Patience Jonathan suddenly saw an opportunity for some media face time, found her voice, and became “Superwoman”, who was very much interested in the abducted girls. She had done absolutely nothing for two weeks, until fighting for the girls became a global issue.

Yet better late than never — anything that could help rescue the girls must be given a chance. This is not the time for blame. For now, everything that can be done to rescue the Chibok girls must be done. Every noise, every tweet, every broadcast, and every effort required to ensure that the Nigerian government understands the task before it must delivered.

At this point, it must be understood that Nigeria has a government that must be forced to carry out its responsibilities, because as long as the obsession over the 2015 Nigerian elections remains, Nigerians won’t be getting anything close to good governance anytime soon. This is because, rather than be responsive to the needs of citizens to earn their votes, the government believes focusing on election posters and TV ads will be enough.

Before The Economist magazine referred to the Nigerian president as incompetent and callous, before CNN decided to treat this issue with all the attention it deserves, before the United States, French, Chinese, and British governments got involved, ordinary Nigerians on social media started the call to #BringBackOurGirls. This demonstrates that change must start with the citizens. Hashtags may look ordinary and inconsequential, but the #BringBackOurGirls campaign shows that when online activism is backed by offline commitments, change can be set in motion.

Most Nigerians wish that help from foreign governments was not needed in the rescue of the Chibok girls. But there is wide agreement that the Nigerian military is not up to the task. Every single day that passes, the Nigerian government continues to fail at its most crucial duty, i.e. safeguarding lives and properties. One failure that’d continue to loom large is the continued abduction of citizens in the northeast by Boko Haram even as the Chibok girls remain with crazy terrorists who have no value for human life. One can only hope that one day soon, all the effort on #BringBackOurGirls will come to yield the ultimate result; the rescue of the abducted Chibok girls.

This article was first published on AtlasOne

About the Author: Japheth Omojuwa is a Nigerian blogger, socio-economic and political commentator, environmental consultant and social media expert. A columnist with Nigeria’s most respected newspaper The Punch and Metropole Magazine, he recently concluded a six-month stint as a lecturer (on Africa: Democratic prospects and challenges) at Free University of Berlin. Omojuwa’s articles have been repeatedly translated into several languages including French, German, Portuguese and Greek. The leadership of the African Union invited him in 2014 to be part of the Africa Re-imagination Creative Hub (ARCH) to fashion an agenda for Africa 2063 project. He participated as a panelist at a side event during the 2013 United Nations General Assembly in New York where he spoke on the need to use data and facts as tools in activism and policy making.

‘Nigeria, the giant of Africa’ → 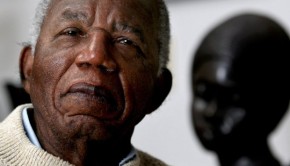