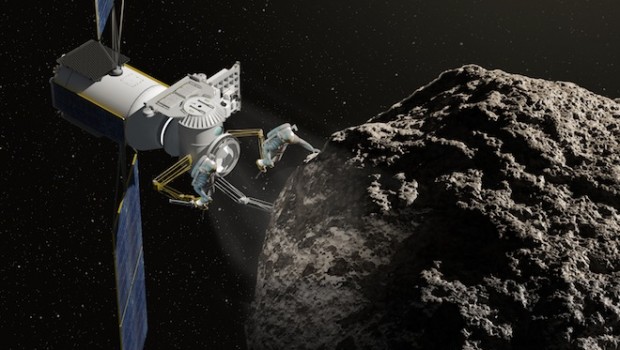 Asteroid mining: US company looks to space for precious metal

A US company has unveiled plans to launch a fleet of spacecraft to hunt for small asteroids that pass close to Earth which might one day be mined for their precious resources.

Deep Space Industries aims to fly a series of low cost prospecting satellites in 2015 on missions of two to six months, with larger spacecraft embarking on round-trips to collect material a year later.

Announcing the proposals, chairman Rick Tumlinson said that resources locked-up in nearby asteroids were sufficient to “expand the civilisation of Earth out into the cosmos ad infinitum”.

The first prospecting missions with what the company call FireFly and DragonFly probes could hitch a ride into space on the launches of large communications satellites, it said.

The company hopes ultimately to land spacecraft on hurtling asteroids and have them scrape up material for processing in space or for return to Earth for sale. One long-term idea is to build a space-borne manufacturing facility that takes in asteroid material, processes it into usable alloys and other substances, and makes objects with the material via a 3D printer.

The ambitious plans come less than a year after another US company, Planetary Resources, backed by Google’s Larry Page and Eric Schmidt, and the film-maker, James Cameron, revealed independent plans to harvest valuable minerals and metals from passing asteroids.