Are Blacks Being ‘Schooled?’

Knowledge is power … Education is the premise of progress, in every society, in every family. – Kofi Annan

On their promises for “progress” for-profit higher education has become a booming business. As Black students seek to fulfill their career goals, for-profit schools are major players regarding their education.

Blacks are going to college in higher numbers. And, the headlong rush of Black Americans to get an education has been ripe for the picking. Hundreds of thousands of Blacks have landed at for-profit schools, become overloaded with debt, and have little to show for it. A “for-profit” college, the University of Phoenix, graduates the most people of color in the nation.

Once the sole domain of aspiring hairdressers and truck drivers and typists, people looking primarily for vocational training, the for-profit schools that dominate education today serve a great many more needs. Folks looking to pick up a college degree, a master’s, even a doctorate, can do so from for-profit colleges.

These days, the Obama administration is proposing a regulatory regimen that could close hundreds of degree programs that are enrolling a million students in fields ranging from accounting to air conditioning repair. The for-profit colleges are rejecting the proposed regulation as an unacceptable, and possibly illegal, federal intrusion into the private sector.

For-profit education (also known as the education services industry or proprietary education) refers to educational institutions operated by private, profit-seeking businesses. The major category of for-profit schools is post-secondary institutions which operate as businesses, receiving fees from each student they enroll. The numbers of for-profit colleges exploded after 1992 when the United States House of Representatives Committee on Education and the Workforce created the “90-10 rule” and defined “institution of higher education” for the purposes of federal-aid eligibility as including for-profit institutions.

The University of Phoenix opened in 1976. Today, the University of Phoenix is the largest institution of higher education in the nation and top producer of African American and students of color baccalaureates. The second top producer of Black baccalaureates that year was Ashford University, a for-profit institution. Black students have been the core of the four-year for-profit industry’s growth. Between just 2004 and 2010, Black enrollment in four-year for-profit schools jumped 264 percent.

Schools such as Everest, Westwood, Kaplan and ITT, have become regular advertisers on TV channels and media beamed to Blacks. Many for-profit institutions are subsidiaries of larger parent companies such as the Apollo Group, Career Education Corporation, Corinthian Colleges, Inc., and DeVry, Inc. DeVry is big among Blacks. The DeVry Education Group is global.

The Obama administration should be recognized for its efforts to curb the excesses of for-profit schools. For-profit colleges would lose all federal student aid, a fatal blow, if their students fail tests of earnings and debt default under the proposed regulations. The for-profits’ association, the Association of Private Sector Colleges and Universities say that the Obama regulations will severely limit access and opportunity for students seeking career skills and training. And, will cut off access for hundreds of thousands of students in thousands of programs. Is this a “good” or “bad” thing?

The public would do well to follow and “have your say” on this issue. Black students attending for-profit school courses cannot be allowed to continue amassing huge debt they can’t pay. It’s time this issue be brought to the fore to be discussed, and debated. It’s important that concerned African Americans take action to send letters to members of Congress and the Department of Education telling them your views about higher education access and opportunity. 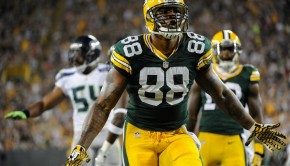 Race and the NFL – The Green Bay Agenda →