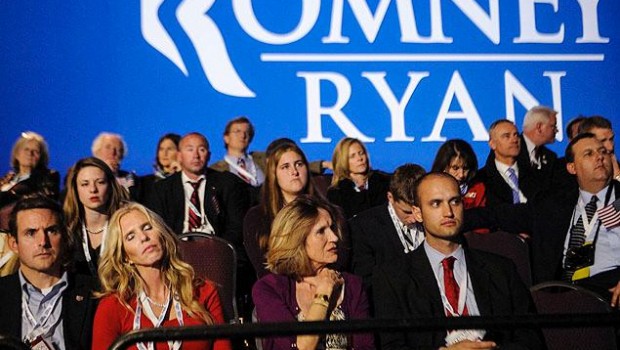 Much of the commentary and analysis on the last election has focused on how Republicans are losing big among the young, minorities, women, etc. and what the GOP can and should do to change this. Many on the Left predictably want Republicans to “moderate” and some on the hard right want the Party lambaste Romney as a bad candidate and prescribe the panacea of doubling down on ideological purity. Bracketing that discussion for a moment, I want to focus on three relatively overlooked features of the Sixth of November.

Second, Romney outperformed Republican U.S. Senate candidates across the country, from Virginia to Wisconsin to Florida to Texas. (Yes, more Texans voted for Mitt Romney than Ted Cruz. Think about that for a minute.)

Third, and the observation that inspired this post, non-Romney Republicans underperformed supposedly safe demographics where it mattered. Whatever the reasons for the mixed message in the Midwest, The American Conservative reminds us to keep an eye on the plains:

“Relative to the rest of the country, the “Big Sky” region is old and white; the percentage of young voters actually decreased by 7% in Montana between 2008 and 2012. Such factors would seem to work in Republicans’ favor.

Neither Berg nor Rehberg held particularly “extreme” views by his state’s standards, and neither were unexpected victors in heated primary contests, i.e. Todd Akin or Richard Mourdock. Rehberg, who lost to Tester, had represented Montana’s at-large House district since 2001; Berg had represented North Dakota’s at-large House district since 2011–both were the “establishment” choices. Neither candidate attracted national attention for controversial remarks i.e. Akin or Mourdock, and were known commodities in their state.

However the GOP opts to modernize its message and expand the conservative appeal, I hope new leaders make a concerted effort to reach people everywhere. Voters are complex animals with complicated beliefs and motivations. We can’t afford to take any of them for granted.

ABOUT THE AUTHOR: Anthony “Rek” LeCounte has been keenly engaged in politics and philosophy ever since the 2000 election invented “Red” and “Blue” states while reminding everyone that courts can change the world. He is a graduate from Yale with a degree in Political Science and expects any future husband to love politics and college football at least half as much as he does. He blogs about conservative policy, principles, and political philosophy at Token Dissonance. Tweet him @RekLeCounte