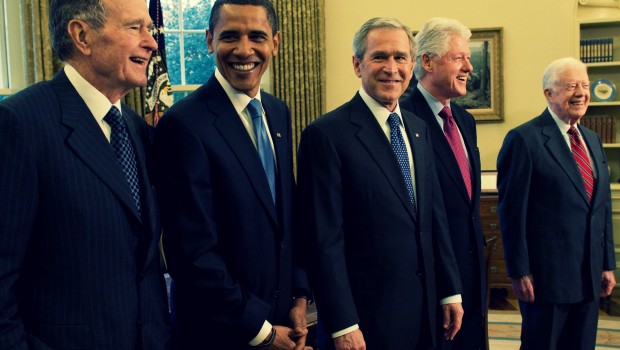 In July of 1979, President Jimmy Carter signed an executive order authorizing Operation Cyclone, a covert campaign to fund, train, and arm Islamist militias opposed to the pro-Soviet government in Afghanistan. The operation is generally credited with precipitating the Soviet invasion of the country later that year.

Ronald Reagan authorized US troops to participate in a multinational operation in Beirut in 1982. Suicide bombings killed hundreds of US soldiers. Fighting there quickly escalated, putting US and allied troops in combat against Soviet-backed Syrian forces. Faced with risk of being drawn into direct conflict with the Soviets, Reagan withdrew the American presence in early 1984. By his final years in office, Reagan the anti-Communist crusader came within a breath of offering to give up our nuclear arsenal in negotiations with the Soviets.

The measure of a President’s foreign policy success is not how well they performed against their promises, but how much time, pressure, and blood were required to force them to abandon their illusions and come to terms with real constraints. Think of it as the resource-to-reality quotient – a measure of how much blood, treasure, and national humiliation it takes to force a President to face facts.

Measured against this quotient certain Presidents stand out. Guys like George HW Bush (Bush I) and Richard Nixon stand out for having a score near zero. They brought almost no illusions to the job and navigated maddeningly complex foreign scenarios almost flawlessly from day one.

Bush II and Lyndon Johnson rank near the bottom. Drinking from an endless well of denial and gifted with an impenetrable lack of curiosity about the wider world, they resisted pragmatism to the bitter end. Both Presidents left the country with miserable damage that would take multiple Administrations to mitigate. Their persistent delusions would limit American options in dealing with the world for years after they were gone.

Even in these worst cases, the demands of the job began to operate in time. By Johnson’s end he had recognized the need to apply more direct military pressure on North Vietnam though he never saw the potential for an opening with China that might end the war. Bush II achieved some minimal realization of the disaster he had spawned and began to at least try to apply some patches before he was ushered into an inglorious retirement.

Obama so far ranks somewhere in the middle. He came to office with a heavy burden of high-minded ambitions, like his goal of engaging in direct talks with Iran and his plans to being a swift end to the Iraq and Afghan wars. Despite lofty goals he started moving toward pragmatism almost immediately, incurring relatively few casualties and little long-term damage along the way.

His plans for dealing with Islamist militias in Iraq and Syria seem to mark Obama’s Bush I moment, the point at which his various hopes and goals are brought into line with realistic constraints and the demands of long term national security. Obama seems to have joined the Presidential party, embracing the complex, frustrating, and morally ambiguous foreign policy that all of our leaders are driven to in time.

Chris Ladd: The myths and realities of the Southern Strategy →

Reagan and Gays: A Reassessment → 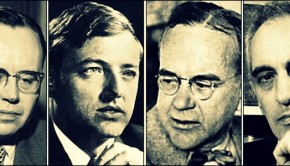