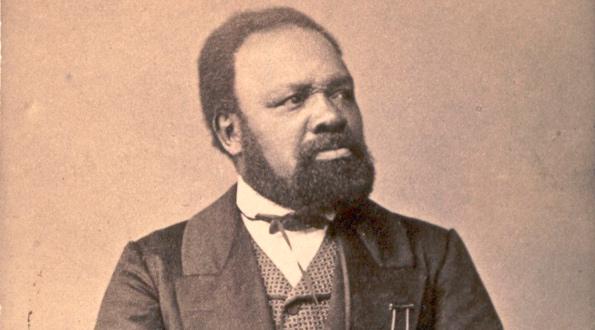 A Thespian Before His Time: The Story of Ira Aldridge

Ira Frederick Aldridge was born on July 24th, 1807 in New York City, New York. His parents  were the Reverend Daniel Aldridge and Luranah Aldridge. Daniel Aldridge had been a clerk and a lay preacher before becoming a minister. When he sent his son to New York’s African Free School, which had been built and operated by abolitionists, Daniel had intended that his son become a minister. Ira, however, excited by British actors who were playing in New York as well as the black communities’ African Theater, decided to become an actor instead. It is not clear, but Ira Aldridge probably had siblings. Ira’s early acting career began in the 1820’s as a teenager with the African Grove Theater. The African Grove Theater, also referred to as The African Company, was founded and managed by William Henry Brown and James Hewlett. His first role there was as the Peruvian Rollo in Rolla in Richard Brinsley Sheridan’s Pizarro. He also performed in Shakespeare’s Romeo and Juliet.

In the United States, however, as a black actor, he was confronted and tormented by extreme racism and hostility. This forced Aldridge to immigrate to Liverpool, England in 1824 with a white colleague for whom he posed as his valet. Although Aldridge  faced racism in Europe, it was not as extreme as the racism he faced in The United States. Ira Aldridge’ first role in England was in the role Oroonoko in The Revolt of Surinam. Despite his being cast in this role, Aldridge’ performance was not favorably received by members of the press. The Times said that he was not well-trained and that his speech, because of his lips , was slurred and could not possibly pronounce English correctly. And, while The Globe valued his performance, The Dramma said that he had “a weak voice that gabbles space.” That being said, his most critically acclaimed role was as Othello.

Ira would later go on to marry his first wife Margaret Gill in 1824. She and Ira Aldridge, unfortunately, being an interracial couple, faced the angst and racism of the pro- slavery faction both in Europe and abroad. This may have driven a wedge between the couple throughout the forty years of their marriage in that the couple were childless. Not only were they childless, but Ira created his first born child, named Ira Daniel Aldridge, with another woman named Countess Amanda Von Brandt during the later years of his marriage to Margaret Gill.

The marriage to Gill ended upon her death in 1864. Aldridge married the Swedish Von Brandt on April 20th, 1865. Altogether, this couple had five children with the last child, named Rachel Margaret Fredericka, born after Ira Aldridge’ death. She died in infancy. The other Aldridge Children were named: Irene Luranah, Ira Frederick, and Amanda Aldridge. Amanda, in the 1930’s, gave elocution lessons to Paul Robeson when he was preparing to debut on The London Stage as Othello. Despite the racism he encountered in Europe, Ira Aldridge enjoyed a forty- three year career as a Shakespearean Actor. He won acclaim not only as Romeo, Othello, Macbeth, Richard III, Shylock in The Merchant of Venice, and King Lear.

Aldridge performed not only in the United States and England, but in Dublin, Southern Ireland and in Scotland where he created a “small sensation” because of the color of his skin. In fact, in London, where he performed at the Royalty Theater and at the Royal Coburg, he is referred to in the program as “a gentleman of color” and as “The African Tragedian” respectively. By 1852 he began touring “Continental Europe” where he was a huge success. He performed in Germany, Prussia, Budapest, Serbia, and Imperial Russia. His portrait, a famous painting, was painted by Taras Shevchenko in pastel. By 1863, he had both purchased property in England and applied for English citizenship. Despite his success as a Shakespearean actor in Europe, Ira Aldridge never overcame his sensitivity to racial matters.

Because of the racism he encountered from the United States’ pro-slavery faction abroad, Aldridge concocted a tale concerning his origins. He told his audiences and the press that he actually descended from a long-line of African princes and kings, and that he had been born in Africa yet kidnapped into slavery. According to E.G. Nelson in African-American Dramatists , Aldridge began the custom of speaking to his audiences at the end of his plays on closing night discussing “the injustice of slavery.” Eventually, he was to incorporate minstrel songs with thinly veiled references to the abolitionist movement into his performances. He also made financial contributions to the abolitionist movement. Aldridge, who spent his later years in Russia with his new wife and family, visiting England occasionally, died on August 7th, 1867 in Lodz, Congress, Poland at the age of sixty. He is buried there where his remains are tended to by The Society of Polish Artists of Film and Theatre. More recently, he and his friendship with Taras Schevenko was the subject of a Ukrainian Museum exhibit in New York City, New York. 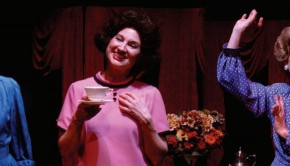